Review 2: "The Unequal Burden of the Covid-19 Pandemic: Racial/Ethnic Disparities in US Cause-Specific Mortality"

This preprint contributes new evidence that Black and Hispanic populations share the greatest burden of COVID-19 pandemic. Reviewers found main claims to be strong and potentially informative. There are important implications for policy and practice.

Review: This preprint presents a descriptive analysis comparing age adjusted mortality rates among different racial and ethnic sub-groups in the US in 2020 to the rates in 2019. Using data on provisional death counts from the National Center for Health Statistics (NCHS) and population estimates from the US Census Bureau the authors compare changes in age-adjusted mortality rates attributable to COVID-19 as well as many other causes of death among non-Hispanic Whites, non-Hispanic Blacks and Hispanic population. The major strength of the study is that it provides potentially useful data in assessing disparate impact of the COVID-19 pandemic on historically marginalized racial and ethnic groups. Their results provide evidence of higher increases in both COVID-19 and non COVID-19 deaths among Blacks and Hispanics compared to Whites, from 2019 to 2020. The investigation of cause specific death rates provides novel data on increased non-COVID mortality among Blacks and Hispanic population, thus suggesting that the two groups experienced an unsettlingly high mortality burden in 2020. While the investigation of the disproportionate impact of the pandemic on Black and Hispanic individuals is important and timely, limitations in methods make the conclusions in the paper merely suggestive and precludes one from making any causal associations. Limitations include poor design along with weak analytical methods. It is not clear why the authors chose to limit their analysis to only White, Black and Hispanic Americans. Although they address the absence of “American Indian and Alaskan Natives and other racial/ethnic groups” in their analysis as ‘issue of data quality and insufficient sample sizes’, no explanation is given for the absence of Asians. The experience of Asian-Americans is an under-studied topic in the Covid-19 literature, and the authors could have made a much-welcomed contribution to the field by including them. Further, there is no attempt to quantify the uncertainty of the estimates from NCHS and US Census data, which are presented as point estimates only. It is also unclear why the authors did not examine the trends in mortality pre and post pandemic if monthly mortality rates were available. Such analysis would have helped in assessing variation over time and building more concrete evidence to attribute the changes in mortality to the pandemic. Even though the rate ratios were reported in the conclusion and the appendix, it is unclear what they represent since the measure was not discussed in the methods section. There are a few additional elements that keep this paper from being as clear as it could be. First, the denominator used for age specific death rates is not mentioned explicitly in the methods section. Second, the nature of this analysis is such that the results include densely-populated tables which are referenced throughout the manuscript. When a particular result is referenced in the text, the authors will occasionally, but inconsistently, note the table that houses the information. There is some discussion around the “external causes” mortality category, especially considering notable disparities in deaths of this type between Blacks and non-Blacks. A clear definition of the elements of this category would greatly help the reader to understand the implications of this result. Lastly, the authors point out the limitation of single race analysis and provide ‘bridge-race’ analysis as a potential solution. However, definition of ‘bridge-race’ is not clearly presented in the manuscript. In conclusion, while the lack of methodological complexity results in a study that is easy for the general public to understand and interpret, the cost of this straightforward approach is a lack of evidence for associations that might explain these results. Nevertheless, this paper contributes new evidence to the alarming narrative that Black and Hispanic populations shared the greatest burden of COVID-19 pandemic, with not only increased COVID-19 death but also increased non-COVID related deaths. Further work is needed to understand the underlying mechanisms for the disproportionate impact.

1 of 1
Another Supplement to Reviews of: "The Unequal Burden of the Covid-19 Pandemic: Racial/Ethnic Disparities in US Cause-Specific Mortality" 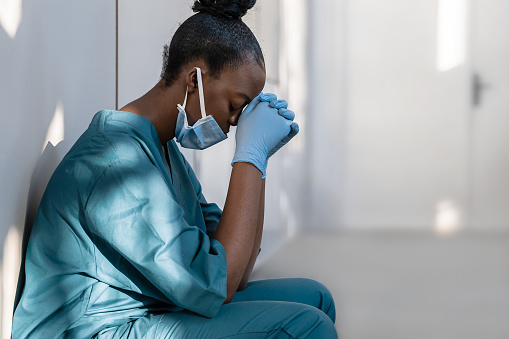 Review 1: "The Unequal Burden of the Covid-19 Pandemic: Racial/Ethnic Disparities in US Cause-Specific Mortality"
by Ladan Golestaneh
License