While this study presents important data for new-generation COVID-19 vaccines, uncertainty about the study design and reporting of outcomes suggests that the findings should be interpreted with caution.

Any study on the subject is welcome, as it would add to the understanding of the generation and longevity of the immune responses against SARS-CoV-2 by vaccines of various types, and also against its different variants getting identified over time due to its continuous mutation. In that sense, this study definitely adds information that could help to introduce newer generations of the vaccine which include antigenic variants to improve the range of virus variants covered for a broader and more-sustained protection.

The data presented adds to the prior published information on the higher GMTs obtained through booster shots of Covid-19 vaccine, and their possible improved persistence to support the claims of “no serious disease or hospitalization (unless the person has any severe co-morbidities or immune-compromised)” for anyone who has completed the primary series and especially with any booster. The data is clear on the safety parameters, that no additional type/numbers are noted in terms of LAEs and SAEs with the trial (mRNA-1273.211) as against the original (mRNA-1273) vaccines used in the study; this supports their primary safety objective of the study. The data on GMTs and SRRs shown with the mRNA-1273.211 (trial) vaccine as against the original mRNA-1273 version support the claims made by the authors on the of immunogenicity elicited by the trial vaccine as against the comparator at same dose levels, and higher boosting with higher dose; this indicates that the study’s immunogenicity objectives of showing non-inferiority and/or superiority in responses against native (original) SARS-CoV-2 stain vs. its Beta variant are met. This evidence is strengthened by the dose response shown with data on 50µg dose vs. 100µg dose, and also by the neutralizing and binding antibody titer data shown against different variants of SARS-CoV-2 as response to the original (mRNA-1273) and trial (mRNA-1273.211) vaccines. The upcoming data from the follow-up testing on 180-day samples from the study participants could help to add information on the persistency of the bi/multivalent vaccine (booster) approach.

However, there are a few limitations other than those mentioned by the authors themselves which, if they had been taken care during the study-design stage, could have provided additional information to better understand the immunogenicity and/or safety profiles of the trial vaccines in terms of range, levels and longevity of responses against the different variants of the SARS-CoV-2. These are:

a. More even distribution of the test groups, though non-randomized, in terms of numbers (100µg booster dose group with the trial vaccine having 2X numbers as against the 50µg group in the study).

b. Inclusion of an additional “trial vaccine containing `only’ the mRNA sequence against the Beta-variant’s spike protein instead of the `bivalent’ one used”, as the majority of the variants circulating now being not the original one but more of Omicron type/subtypes; it only could have entailed a slightly higher number of study participants.

In addition, I am not sure why antibody profiles/titers against different sets of virus variants were shown for neutralizing vis-à-vis binding antibody titers; I believe that titers of these two ab. types against the same virus variant sets could also have given better comparability information.

1 of 1
Another Supplement to Reviews of "Safety, Immunogenicity and Antibody Persistence of a Bivalent Beta-Containing Booster Vaccine" 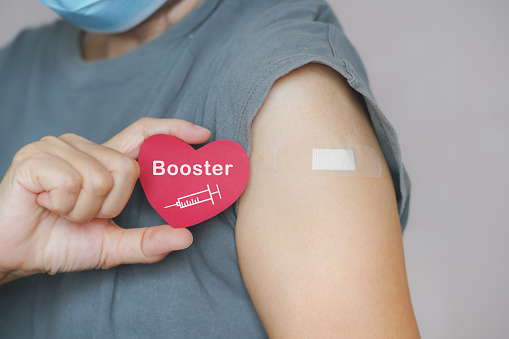