Review 1: "Evidence for SARS-CoV-2 Delta and Omicron Co-infections and Recombination"

Though it’s bibliographic citations and discussion section could be refined, reviewers agree that this paper provides strong evidence of co-infection, utilizes robust and appropriate methods, and addresses any caveats in their data.

Co-infections are a very likely event in phases where there is a transition between two dominant variants of SARS-CoV-2. Such a phenomenon has already been demonstrated in more than one country and at different times throughout the COVID-19 pandemic. The number of co-infections reported in large studies has shown a relatively low frequency, varying according to the number of samples analyzed and characteristics of the type of sampling between 0.2% and 2% of cases submitted to next-generation sequencing. These events of co-infection of the same individual by two distinct strains of SARS-CoV-2 are obviously the necessary predisposing condition for an even rarer phenomenon, recombination, but with a potentially important impact on accelerating the generation of new variants of the virus, with possible combination of different mutations. Obviously and according to current knowledge, not every recombinant will become a viable virus or genomes as successful as the parental viruses, but this is a topic to be addressed and investigated on a recurring basis, given the possible impacts. The methods described in the manuscript are properly used and comprehensive enough to fulfill the main objectives of the study. A strength of the article in question is the use of primary data from a very large set of sequences, covering a very characteristic transition period from the predominance of the Delta variant to the Omicron variant outbreak, in a well-defined geographic horizon. The frequencies of Delta/Omicron co-infection found are in line with data previously obtained in the literature. The data on recombination also seems reliable. Part of the data was reconfirmed by new replicates and genotyping data using real-time PCR and specific probes. It is also notable that the recombinations seem to exhibit breakpoints that fortunately do not refer to possible amplification failures given by library preparation kits, a problem already reported in the past. The possibility of cross-contamination between samples must always be considered, but the authors provide a set of information about how the procedures were carried out, trying to minimize this possibility. It would be advisable to deepen the Discussion section, using a more comprehensive set of bibliographic references already available on the topic and, especially, drawing with the help of these knowledge inferences about the possible impacts of the observed findings. 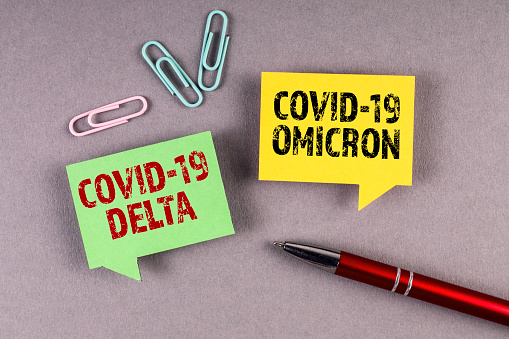