This potentially informative randomized control trial suggests that specific mouth rinses could prevent SARS-CoV-2 transmission. Reviewers suggested that additional analyses are necessary to generalize and test the secondary hypotheses made by the study.

The evaluated manuscript presents the results of a randomized clinical trial, comparing the impact of a single mouth rinse on SARS-CoV-2 titers for up to 6 hours.

The research deserves clear merits, since very limited information from clinical trials is available to support the use of mouth rinses in reducing the oral viral load, which is widely used in dental clinics since the beginning of the pandemic.

However, some relevant elements clearly limit the study:
- No sample size calculation or power analysis has been performed, and the study may be clearly underpowered. In addition, randomization leads to unbalanced groups (e.g. two patients in control group and six in CHX group).
- Out of the 36 recruited patients, 19 did not show SARS-CoV-2 RNA in the saliva samples, which is in contradiction with the justification presented in the introduction.
- The statistical analysis is performed with parametric tests (without testing for normality of distributions), which may not be valid with such a limited sample size. No correction for multiple comparisons is performed.
- In the results section, after presenting the primary outcome with no relevant differences, the authors describe a complex approach to describe some statistically significant differences, which may not be easy to interpret.
- The acknowledged limitation (by the authors) on how the primary outcome was measured.
- The conclusions should only apply to the evaluated commercial formulations and they cannot be generalized to all CHX or CPC mouth rinses, since different formulations, although based in the same active ingredient, may have significant differences in their antimicrobial activity.

Thus, the claims of the present manuscript can be considered as potentially informative:
- For “CPC and PI formulated commercial mouth-rinses may have a sustained effect on reducing the salivary SARS- CoV-2 level in COVID-19 patients,” the previously listed limitations preclude a stronger conclusion.
- For the other claims (“these mouth-rinses could be a useful pre-procedural infection control strategy in clinical dental settings, where aerosol generation is significant;” “the routine use of antiseptic mouth-rinsing could be a cost effective approach in reducing viral outspread, with potentially low health risk;” “it holds potential as a strategy with high public health impact to minimize the transmission of SARS- CoV-2 through oral route”), they still should be considered as hypotheses.

1 of 1
Another Supplement to Reviews of "Efficacy of commercial mouth-rinses on SARS-CoV-2 viral load in saliva: Randomized Control Trial in Singapore" 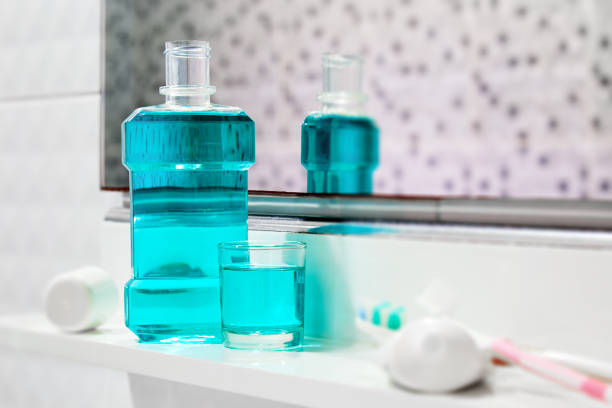