This study employs micro-fluidic devices to test candidate therapeutics blocking SARS-CoV-2 entry and demonstrates amodiaquine efficacy in preclinical models. The claims presented in this work are reliable but could be strengthened through more rigorous model characterization.

by Jeffrey T Borenstein, Ashley L Gard, and Jennifer P Wang
Review 2: "Human organ chip-enabled pipeline to rapidly repurpose therapeutics during viral pandemics"
1 of 2
This Pub is a Review of

The preprint “Human organ chip-enabled pipeline to rapidly repurpose therapeutics during viral pandemics” by Si et al. reports on new results obtained from a host of preclinical models used to characterize infections with influenza A virus (IAV), pseudotyped spike protein-expressing viral particles (SARS-CoV-2pp) and SARS-CoV-2. These studies provide insights into mechanisms of infection and potential cooperative effects of various agents evaluated as candidate therapeutics for these respiratory viruses. Results show that oseltamivir in combination with nafamostat has beneficial effects on the therapeutic window for treatment of IAV relative to oseltamivir administration alone, although it is curious that studies are conducted with H1N1 rather than H3N2 strains.  Given reported differences in response in the literature, studies with oseltamivir treatment of both H1N1 and H3N2 strains in the airway chip devices would have been quite useful.   In addition, the anti-malarial drug amodiaquine is shown to be efficacious in reducing viral copy number in SARS-CoV-2pp-infected human lung airway chips, and in combination with its metabolite is likewise efficacious in reducing viral load in hamsters.  Multiple donor lots of human airway cells are used in these studies, but donor-to-donor differences are not explored in detail, yet represent another opportunity for future studies.  Overall, this is a very interesting study that holds much potential, but the mix of models including human airway epithelial cells in a microfluidic organ chip, Huh-7 cells in multiwell plates, and hamsters is a bit confusing, and inconsistent cross-correlation and validation lead to inconclusive findings.

From a model standpoint, several aspects of this work involving the human Lung Airway Chip are not completely clear. Which aspects of the small airway must be recapitulated is less clear (https://pubmed.ncbi.nlm.nih.gov/26689262/) than for prior work from this group (https://pubmed.ncbi.nlm.nih.gov/23136042/), in which ultrathin, cyclically stretched membranes separate alveolar type 2 (AT2) epithelial cells from microvascular endothelial cells. Here the role and physiological relevance of the endothelial layer and the epithelial-endothelial interactions is less clear.  Further, membrane properties and their role in governing epithelial and immune cell function is not clear. Is the pore size critical in ways beyond permissiveness to immune cell transport? How is the barrier function impacted? Permeability data is provided, but not using the standard airway Transepithelial Electrical Resistance (TEER) metric. Other questions relate to the throughput of these systems, and whether they can be scaled to higher replicate number like the Huh-7 multiwell plate systems.  At low throughput, are different conditions with regard to multiplicity of infection and drug concentration obtained across different devices or experiments, introducing additional potential uncertainties into the data? Are the fluid volumes and cell numbers in these devices critical? Does the flow in the endothelial chamber impart a fluid shear stress that is critical to the function of the model, and to the results obtained? Answers to these questions in the context of the human Lung Airway Chip model would be very helpful. Finally, extending studies to directly compare IAV to SARS-CoV-2 infection would provide insight towards pathogenesis and for potential benefit of nafamostat in treatment of COVID-19. Ideally such studies can be performed in the near future. 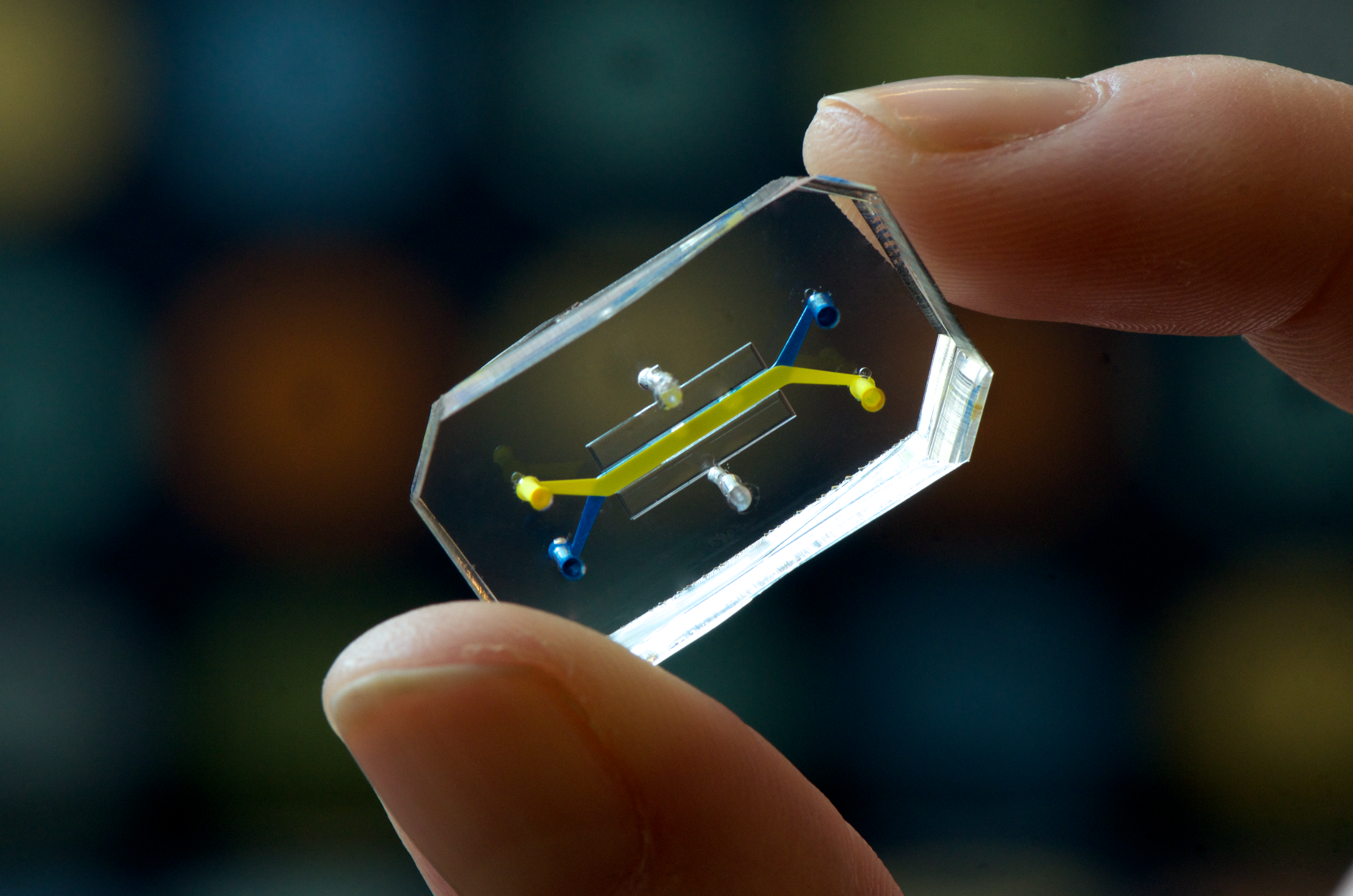