This study demonstrates that neutralizing ORF8 may be a promising route of reducing immune hyperreactivity as a cause of severe disease. The claims presented in this work are reliable but could be strengthened through further statistical analysis.

This article by Hamdorf et al is an original contribution to understand the mechanism by which ORF8 contributes to the generation of the characteristic cytokine storm of SARS-CoV-2 infection. It experimentally confirms the already suspected functions of ORF8 as a secreted protein that can produce a whole series of long-term secondary effects in patients infected with this virus. The experimental model used makes clear several essential aspects of the generation of the exacerbated immune response observed in patients with COVID-19:

1) ORF8 binds specifically to monocytes and DCs and is lacking the property to induce DC differentiation;

3) polyclonal rabbit antibody against ORF8 is able to strongly reduce the binding of ORF8 and the humoral immune response of dendritic cells.

Thus, these experimental results strongly support the role of ORF8 as a central node in the network of molecular processes that determine the deregulated immune response of patients with COVID19, and in the generation of the long-lasting secondary symptoms observed in these patients. These results also suggest that ORF8 should be considered as a central target for the design of therapeutic drugs to combat this virus. In conclusion, this preprint sheds important new clues to clarify the role that this accessory protein ORF8 may have in generating the variety of sequelae observed in patients infected with this virus. Therefore, it is necessary in the development of new drugs to specifically neutralize this protein as suggested by the authors. 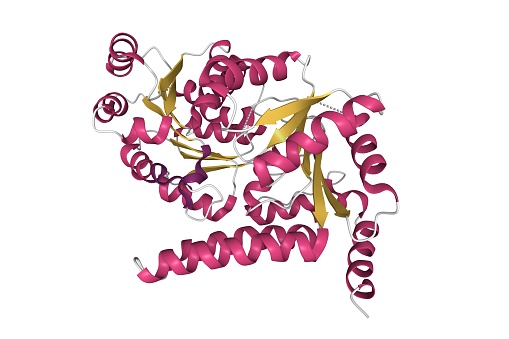